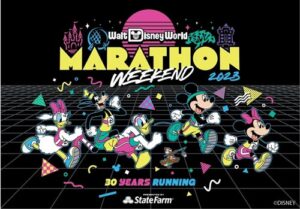 Completing any competitive race is a joyous accomplishment. However, running through Walt Disney World in Orlando is a magically rewarding experience. This January, join the race in celebration of Walt Disney World Marathon Weekend’s 30th anniversary.

Walt Disney World’s Marathon Weekend runs from Wednesday, January 4, to Sunday, January 8, 2023. During the extravagant, ‘90s-themed event, you can run distances as short as a 5k and as long as a marathon.

Experience the magic of Walt Disney World’s Marathon weekend. Lace up your sneakers for one or more of these races:

All race finishers are rewarded with a fun, retro Disney medal to showcase their accomplishments.

Run Back to Rosen Plaza

During a long weekend of running around Walt Disney World, it is important to have a relaxing place to rest. Rosen Plaza offers clean, comfortable rooms and affordable luxury. Our hotel puts you close to Walt Disney World and other popular Orlando attractions.