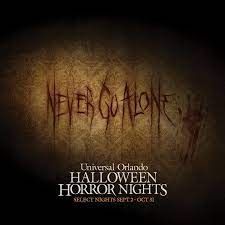 HHN 31 will run on select nights from September 2 to October 31, 2022. Here’s a look at some of the attractions that await you at Halloween Horror Nights 31.

Work up the courage to meet three iconic Universal monsters: The Mummy, The Wolf Man, and Dracula. You’ll find yourself in the middle of their race to claim the amulet that will destroy their wretched curse. The villainous trio won’t hesitate to get rid of anyone who gets in their way.

Michael Myers is evil personified. His HHN house is set in 1978, as he’s about to start his first brutal spree in Haddonfield, Illinois. Going into this haunted house alone is not recommended. So grab your bravest companion and travel back in time for a walk through the original horror classic, Halloween.

This double-feature haunted house is inspired by two Blumhouse horror films, Freaky and The Black Phone. In one section, you must outrun a serial killer who has swapped bodies with a teenager. Then see if you can escape the dark, tormenting basement of The Grabber before you become his next victim.

Enter the twisted world of the Weeknd. This haunted house brings his bestselling album, After Hours, to life. Watch out for heartless monsters as you brave the maze of blinding lights.

The world is ending, so you take refuge in an abandoned subway station. But the station is not the safe haven you were hoping for. Now, you must make your way out before a mass of mutant MTA riders get to you.

What seems like a quaint New England fishing town is actually a breeding ground for undead fishermen. Outrun the zombies before they get their hooks in you.

This Halloween Horror Nights 31 house puts you behind bars at a prison full of monstrous jailbirds. Escape the grasp of your supernatural cellmates before you wind up serving a life sentence.

In this haunted house, you play the role of a tourist in a scenic Latin American town. Unluckily for you, the village is home to a chupacabra that happens to love the taste of tourists’ blood.

You’re invited to tour a futuristic ’50s house with a cutting-edge bug control system. But when the system fails, prepare to outrun a legion of icky insects.

While this 1920s speakeasy may look like the bees’ knees, something sinister is brewing. Get out before the bewitchingly beautiful barkeepers cook you in their cauldron.

If you thought you could walk from one haunted house to the next in peace, you are terribly mistaken.

When you want a break from screaming, enjoy some epically eerie entertainment at two live shows. At Halloween Horror Nights 31, you can also experience exhilarating Universal Studios rides and attractions at night.

End Your Night at a Comfortable Orlando Hotel

After a terrifying night at Universal’s Halloween Horror Nights 31, escape to a peaceful hotel room at Rosen Plaza.