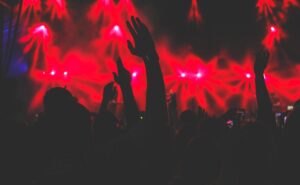 The fun starts at 1 p.m. at the Orlando Amphitheater.

Get ready for Music Fest Orlando by learning about the inaugural festival’s headliners.

Fantasia broke into the music scene in 2004 when she wowed American Idol fans — and the judges — with her heartfelt rendition of “Summertime” from Porgy & Bess.

The R&B singer and actor would go on to win the third season of the TV show and land a record deal. Later that year, her first single, “I Believe,” debuted at No. 1 on the Billboard Hot 100. Since then, Fantasia has enjoyed a string of hits, including “Truth Is,” “When I See U,” “No Time for It,” and “Lose to Win.”

She has also collaborated with artists like Aretha Franklin, Missy Elliott, and T-Pain.

In 2005, Fantasia released the memoir Life is Not a Fairy Tale, which recounted her challenging teenage years in North Carolina and how her love of music kept her going.

The following year, she starred as herself in a made-for-TV movie adaptation of the book. The film became the second most-watched Lifetime movie ever. Her other acting credits include roles in American Dreams and The Simpsons. In 2007, Fantasia made her Broadway debut as the lead in The Color Purple.

Singer, songwriter, and producer Kenneth “Babyface” Edmonds has written songs since he was a child in Indiana.

After high school, he performed with the funk act Manchild, R&B group the Deele, and funk star Bootsy Collins’ band. It was Collins who gave the performer the name “Babyface” because of his youthful appearance. By the late 1980s, Babyface had begun a solo career. Through the years, he’s released Top 10 hits like “Whip Appeal,” “When Can I See You?” and “Every Time I Close My Eyes.”

Babyface has also written and produced massive hits for some of the top names in pop, R&B, and rock music.

You’ll find his name on the liner notes of Boyz II Men’s No. 1 hits “A Song for Mama” and “End of the Road.” His song “Take a Bow” was a No. 1 hit for Madonna. He has also worked with artists like Toni Braxton, Fall Out Boy, ‘N Sync, and Whitney Houston.

In 2012, NME magazine named Babyface one of the 50 greatest producers of all time.

T-Mo and Khujo were high school friends who met their groupmates while hanging out at an Atlanta music studio known as the Dungeon.

Their first LP, Soul Food, came out in 1995. Critics lauded the album’s socially aware lyrics and unique, gritty sound. The album made it to No. 45 on the Billboard 200 and No. 8 on the R&B/Hip-Hop Albums chart. Hits like the title track, “Cell Therapy,” and “Dirty South” helped popularize Southern hip-hop music across the U.S.

The group released four more albums before disbanding in 2004. During the hiatus, CeeLo Green enjoyed a string of hits with his side project Gnarls Barkley and as a solo artist. In 2006, Goodie Mob reunited to perform a song at a Gnarls Barkley show.

A Concert for a Cause 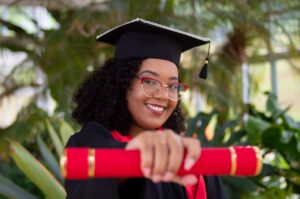 It is also a chance to empower local youth. Proceeds from ticket sales will go toward a scholarship fund for students who plan to study at historically black colleges and universities. Music Fest Orlando organizers also plan to create an internship program for students who want to pursue careers in entertainment.

Ready to get down at Music Fest Orlando? Tickets are on sale now.

Lawn seating starts at $75. Attendees are welcome to bring blankets or folding chairs. You can also rent seats from the venue. For $125, you can upgrade to theater-style seating.

Superfans should consider one of the festival’s VIP ticket packages. VIPs receive priority entry into the fairgrounds, seating at a table, and exclusive food and drink options. VIP tickets range from $225 – $500.

After a night spent jamming out with music mavens at Music Fest Orlando, rest up in a spacious guestroom at Rosen Plaza.

Our Orlando hotel is on International Drive, a short drive from the Music Fest action. If you want to keep the party going, Rosen Plaza is within walking distance of the bars and nightclubs at Pointe Orlando. Or stay in and enjoy our swimming pool, fitness center, and on-site restaurants.