Travel Alert: A Note to Our Guests and Business Partners from Harris Rosen Regarding COVID-19 Coronovirus 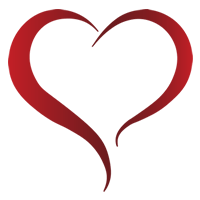 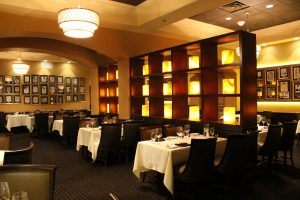 Even if your local farmers market sells ramps, chances are you’ve never seen them. These shade-grown leeks emerge just as spring begins, and serious cooks and chefs snap them up from the produce bin before the shopping crowds descend.

At the Rosen Plaza Hotel, you may have your chance to taste these garlicky green onions. Ramps are a classic spring vegetable, if a barely known one. Since the hotel’s chefs choose to serve seasonal produce both at events and in restaurants, you may find ramps on your plate during the first six post-winter weeks of the year. Better yet, the chefs prepare the ramps in a way that lets the deliciously unusual characteristics shine though. “Ramps are wild-caught, and we don’t want to do too much to them,” says Michael McMullen, the hotel’s executive chef. “We serve them in a way that plays up their natural flavor. We sauté them and add a little salt and pepper.”

While most other spring vegetables are more familiar to Rosen Plaza guests, ramps support McMullen’s philosophy. “People get pretty adventurous when they go out to eat,” he observes. “I want to make guests something that they won’t make at home, can’t make at home or can’t afford to make at home.”

That mission extends to the proteins on your plate. Rosen Plaza always has Harris Ranch Prime meat in stock. As for fish, the hotel does enough volume – from its 800 guestrooms and 60,000 square feet of meeting and event space – to have access to ultra-fresh catches. “I get seafood that goes from the boat to the dock to the hotel, on the Gulf and Atlantic sides of the state,” McMullen says. “We often serve fish that was in the water the day before we serve it.”

As spring arrives, that means the catch of the day might be tripletail or red snapper. In addition, Skuna salmon is a favorite spring choice. Although it’s not local, salmon from Skuna Bay is farm-raised in Vancouver and “as close to organic” as possible, raised in “a natural state of glacier water,” McMullen reports. This phenomenal catch can be grilled, blacked or sautéed, as any fish can but McMullen prefers it prepared simply: pan-flashed with a dash of butter, salt and pepper, over wilted red watercress. “It’s the best salmon I’ve ever had,” he says.

Even the sea bass is given a seasonal twist. The most popular fish on Rosen Plaza popular Jack’s Place restaurant menu, it is prepared with a fruit glaze. In spring, that means Hamlin oranges are quartered and simmered down to a marmalade, then brushed on the fish, which is then cooked on a plank of charred cedar.

The thin green beans called haricot vert, as well as artichokes, red bell peppers and chayote squash are all best in spring, and you’ll find them in abundance on Rosen Plaza banquet antipasto trays and as the “chef’s selection” vegetable side dish –steamed, grilled or sautéed.

Spring has sprung at the Rosen Plaza. Come give the seasonal specialties a try.